3 Lessons I Learnt the Hard Way 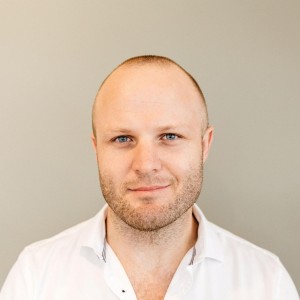 Everyday bloke helping everyday people get better results in business. If you're looking for magic beans, jog on. Two Cents is my blog. The Tool Box is where you'll find Free (no email sign ups) webinars and tools on various topics. Wishing you the best in life, and business.

There is a monumental gap between knowing something and believing it. Then living it and getting some benefit from it. If you’re anything like me, some things you just have to learn the hard way, usually more than once.

The good thing about learning things this way is that once the lessons finally sink in, you know them, you know them deep down in your soul and they have the ability to be beneficial as you move forward in life. So here’s 3 lessons that eventually sunk in for me.

Sometimes you just won’t know, and that ok

Years ago, a one night stand turned into a pregnancy scare and a stalker. The torment was relentless, from fake photos, a forged paternity test, and doctors appointments that I was the only one to show up for. She went to extraordinary lengths to maintain this facade for years.

It was clear early that there was no baby, what puzzled me for a long time was, why? Why go to all of this elaborate effort? You know when you tell a story and other people say, oh yeah, that’s like…I’ve told a lot of people this story, no one wants to compare it, and I feel for anyone who can, the first 3-6 months of this were sheer misery.

The shining light is it drove home a lesson that will benefit me for as long as I live. Being able to accept other people’s actions, and not being emotionally tied to them (or minimising this impact) means I don’t lose time or energy on them. It leaves me to focus on my own race.

Appreciate what you have while you still have it

I was motivated to be an athlete primarily for the financial gain. Coming from a family that knew financial pressure, and I was determined I wouldn’t live like that, league was the cliché ‘way out’. Whilst trying to make it, I saw a world of business where people had nice things (my money problem was solved), but they didn’t have to beat themselves to a pulp to get it.

This new shiny direction seemed exciting. Financial gain without physical pain. I signed up immediately. A decade later, having managed teams, businesses, and running my own, I’m well aware that the ‘pain’ might be different, but it is still there, and just as prevalent.

Great body, relationship, career, business, financial… it doesn’t matter. Anything better than the average, will require the equivalent effort. I’ve changed careers, left relationships, tried to shortcut financial gain. Only to realise, the only way forward is to not only accept the struggle of things, but to embrace it.

Everyone that has something in their life worth having, has worked bloody hard for it. Everything that is good in my life, took time and effort.

People are the defining factor in everything

In 2012, I took a job in Gladstone, and when I tell people I lived and worked there, not a single person has ever been excited for me. When I tell people I used to run an indoor skydiving centre, they jump with excitement for me.

The reality is, Gladstone was some of the best years of my life. Running the tunnel was fun, challenging, and I made some great connections. I also ended up depressed and in therapy trying to work out what was really wrong, and it came down to people. It wasn’t them, it wasn’t me, it just wasn’t right.

You have to remove yourself from toxic relationships (work and personal) whatever the cost. It doesn’t mean they’re bad people, it doesn’t mean you’re a bad person. It just means you’re a bad combination, and the reality is, no one benefits from that.

Long ago I realised that happiness comes from who you’re with, much more than what you’re doing.

To summarise in a simple sentence.

Disproportionally focus on your own race, smile for the things you have whilst you’re chasing the next, and focus on getting the right people around you.

Wishing you the best in life, and business.

All you have is the hours in the day and how you chose to use them. What most people don’t realise is we have more

Hit your target this year